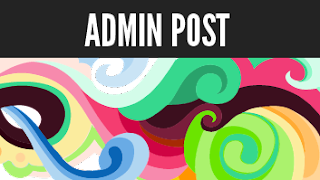 Remember that the director is choosing what you see as the viewer. They are framing exactly what they want you to see, guiding where your eyes land. It's not an accident that the camera happens to show boobs or butt-cheeks and only that. It's a choice being made for you. The more cropped-in the shot is, the less choice you have about what you're viewing.

The viewer might not be (and often isn't) aware of this, but it can have a significant impact on how a music video is perceived. When the director removes your choice to look at or away from what is happening as they wish, it can make the viewer subtly uncomfortable... even if the viewer likes what they're watching.

Some hypothetical straight male might love looking at tits and ass, but having their view restricted from context can still cause an uneasiness about whether they can fully enjoy what they're watching. Of course, some don't care at all, but this is probably largely influenced by how normalized this fragmentation of women's bodies is in our cultural imagery.

Now you could question why it matters that being guided to stare at boobs is a problem when it's not actually affecting the women in the videos. They don't see you staring, so who cares? Well, this is a very recent development in human existence--that we can see people that are recorded elsewhere. Our brains did not evolve to engage with photographs and videos. They evolved to interact with the faces, expressions, and body language of real people (and other animals) in our presence. So while we understand that looking at a person in video form is not the same as looking at someone IRL, the brain is actually lighting up in the same manner for both cases. Being directed to only look at boobs in a music video is not hugely different from being forced to stare at some stranger's boobs on public transport during your commute to work.

Advertisers (traditionally male in history) have been tapping into the 'excitement' of this for decades to sell products, mainly to arouse men, or pressure women into buying their products in order to arouse men. And now has become so ubiquitous that we accept it as normal in all kinds of media.

Stellar's Vibrato got a very mixed response. It stirred up controversy and arousal and discomfort and anger in all kinds of ways. Polarizing.
You can clearly see it in the like to dislike ratio on Youtube and every Kpop forum that discussed it.
I have zero problem with the vulva metaphors. I think that's cool.
Fragmentation count? Upwards of 47 shots. So insistent that it was hard to keep up with.

Brown Eyed Girls with Warm Hole. Arguably significantly bolder with the sexual lyrics and vulva/vagina metaphors. It's frickin' called Warm Hole.
Fragmentation count? Uh... two-ish? The backside views through the metaphorical vagina-tunnel. Clothed, humorous, and distant. Even when the choreo has some of the women turned and shimmying their butts at the camera, we are given the option to look elsewhere. We're allowed to appreciate the performance as a whole, rather than forced to look at butt cheeks. And even though this song is arguably of lower quality, this video generally received a more positive reaction than Vibrato.

But, alleybetwixt, the BEG video is so static by comparison! Without the dismembered shots the video feels like too much of the same thing!

Roll Deep. Super provocative. Very sexually charged. Doesn't this feel as varied as the Vibrato video? If not moreso...
Fragmentation count? Maybe five... ? Six or seven to be generous.
Interestingly the most distinctive fragmented shot is of a dude's abs!!! It's brief, but it's there.

Hopefully the point has been made that 'sex' is not the issue. A sexual concept is as acceptable as a cute one or a retro one. My concern is with the direction and choice of framing. And how womens' bodies are used this way magnitudes more commonly than that of mens'.
It's especially obvious in the videos of male artists. Female artists have their bodies fragmented and objectified in the their own videos. And 'prop' females are fragmented and objectified in the videos of male artists. Male artists themselves are almost never chopped up this way.

Fragmentation count? Over 60.
Male fragmentation? Zero.
Even in his video for 'Sex Trip', where you might think things could level out a bit, the shots of the actress are double to the amount he is shown.

So, what's the point of all this? There isn't one really. Just awareness. Paying attention. Seeing if my hypothesis that women in Kpop are fragmented far more than men is as extensive as it seems to me. Encouraging a thoughtfulness about what effect this has socially and culturally on us all in terms of body image, bodily autonomy, objectification, and indirectly, consent.

I will clarify that it's not something that should disappear entirely. Ideally there would be less of it and/or utilized in a more balanced way across genders and ages.

The rules for what counts as a fragmented shot:

I'll keep a running tally of fragmentation male vs female and see what kind of numbers we get by the end of 2016. Each relevant post will have this little counter in the bottom right for that individual video and I'll keep the total count elsewhere until I am compelled to post about it.
20 16