Good to see Sungwoon have a solo debut. He and Jaehwan dominated the vocal sound for Wanna One. Looks like we're seeing more of the Produce101 season 2 winners go the solo Chung Ha route, rather than jumping back into company groups like many of the IOI girls did.

Lol.
This is Shindong (Super Junior) and UV. PinkFantasy forms the backup dancers.
No comments:

[MV] Kwon Jin Ah - Tell me about your day

[MV] Kang Min Kyung - Because I Love You

All English.
No comments:

All English. Fun collaboration.
I love that the video is just a big celebration of dancers around the world.
No comments:

From the 'Touch your heart' OST.
No comments:

Kinda wish this was their official debut instead of 'Hi High'. Really strong.
Nice choreo.
No comments:

I don't know all the details, but I believe this is a b-side pre-release before their upcoming single. The members were involved in the writing/compostition and making the MV, which is cool.
No comments:

They've had some pre-debut stuff, but this is their official debut.
No comments:

[MV] Yoon Jisung - In The Rain

Jisung was the eldest and leader of Wanna One.
He will have to enlist in military service pretty soon after this debut album release.
No comments:

They're being called a 'popsical' group, blending pop and musical theater genres.
I think one of them was in Playback(?).
No comments:

Email ThisBlogThis!Share to TwitterShare to FacebookShare to Pinterest
Labels: [GENRE : Ballad with a beat], Bohyung, SPICA

That one phrase sounds almost exactly like AOA's 'Good Luck'. How funny.
Completely different kind of song, but I can't unhear it. Lol.
No comments:

All English.
No comments: 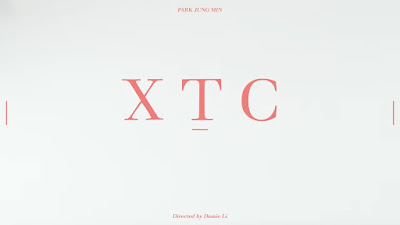 Can't embed.
Not sure if Jungmin is still in SS501... ?
No idea what the status of that group is anymore.
No comments:

9MUSES are officially disbanding. :(
No comments:

This is so tight. Nice band. Great vocalist.
Reminds me of The Reign of Kindo, which is an American band I like a lot.
No comments:

[MV] The Night of Seokyo (feat. Dawon) - Dancing in the Moon

I love this group so much.
'Piri' is a Korean reed flute.
This might get a little sonically crowded, but I don't mind for some reason. The bridge does a nice job of providing a quiet breather. Those black/red outfits are rad.
No comments:

Not sure I've ever seen an MV with a less coherent concept. Lol.
Maybe I'm missing something. Didn't miss WheeIn though!
Love when the big heavy percussion/synth stuff kicks in towards the end.
No comments:

Love the production, especially in the chorus.
I think it's Rodin's 'The Gates of Hell' in the background at the end there.
The whole mini album has a pretty dark feel. I dig!
No comments:

Thought this was worth posting. ATEEZ ramping up their promotions.
The styling is like dark cowboy/bandit kinda thing, which I'm here for. And the effect in the video of selectively breaking the edges of the letterbox is pretty rad.

UPDATE: There's a full performance version of this now, so I'll add it and bump the post up again!

This was released at the strangest time. Lol.
The highly anticipated new JYP group. Intense debut. It's too all over the place for me, but the girls look like excellent performers, which bodes well for the future.
No comments:

K-Pop and the GRAMMYs!

It was mostly a slow and unspectacular week due to the Lunar New Year. Minimal promotions and releases. But the GRAMMYs are today (Sunday) here in the US and K-Pop is more present than ever before!

BlackPink performed at Universal's GRAMMYs industry/corporate showcase yesterday ahead of their US activities. They'll be on The Late Show With Stephen Colbert, Good Morning America, and play Coachella.

Then we have Lay (EXO) representing China, Crush, and BTS invited to the actual GRAMMYs ceremony. BTS are scheduled as presenters and will be seated close to front-and-center. The design team behind their LOVE YOURSELF album packaging, Huskyfox, is nominated for a GRAMMY.

It's all pretty exciting!

Downplaying these invitations as GRAMMYs being a dying institution chasing after ratings, or that no one is actually nominated for music, or this is just a flash in the pan... are missing the point.

Not long ago, and forever before, South Korea might as well have not existed on the global music scene. Within a couple decades, they pushed into the rest of East Asia successfully and then quickly took advantage of the Youtube/social media era to gain fans worldwide. And BTS used those tools better than anyone else.

It's not about being under the delusion that K-Pop is the greatest form of music, or that it's going to have constant presence on the charts, or that K-Pop names will be on par with Beyonce or Drake in recognition to the average American. That's all pretty silly.

It's that, as far as the American industry is concerned, K-Pop didn't exist, then it got a snack in the kitchen, then it had a seat at the kids' table, and now it's sitting at the table in the banquet hall. It's here. The largest music industry in the world has taken notice. This is about normalizing Korean music and Korean faces in global entertainment--Increasing much-needed representation. It will probably come and go in occasional surges, like Latin Pop, and that's great! That's worth some excitement!

There will be a bunch of K-Pop tours and festivals through the year. OH MY GIRL and Red Velvet are touring and there will be so many more. It's lovely to see!

Good luck, safe travels to all the artists and fans, and here's to hoping the GRAMMYs go well!
No comments:

Email ThisBlogThis!Share to TwitterShare to FacebookShare to Pinterest
Labels: [OPINION]

It's KOYOTE's 20th Anniversary!
No comments:

From the Touch Your Heart OST.
No comments:

These are both pretty fun.
She has a Youtube channel with lots of covers.
No comments:

This is called 'snow' in Korean everywhere I look, except this official upload on the Fluxus channel, which says 'snow' in the title code, but 'With You' on the actual video. ?????
Whatever... it's pretty. Lol.
No comments:

It'll probably be a long while before VIXX has a full group comeback. Military service is coming up, starting with N next month.
No comments:

Excellent debut. Production sounds great.
She's done work in the industry before, but this is her first real solo effort.
No comments:

January was a slow start for me. By this time last year there were already tracks that ended up in my top 30 for the whole year. Nothing like that has stood out so far. There were plenty of interesting tracks from big groups and beautiful videos, but there wasn't much that 'sparked joy' in me (Lol!).

Email ThisBlogThis!Share to TwitterShare to FacebookShare to Pinterest
Labels: [MONTHLY]

Make sure you check out the lyrics.

[DEBUT] AWEEK - THE MORE I SEE

Gotta start the year with some trot.